SaulPaul Night with The Atlanta Hawks

The night was young, the air was crisp and there was excitement in the air. It was the night before Halloween and thousands of people lined up to attend the Atlanta Hawks vs. Charlotte Hornets game. It was a great game and for some in the stands, it was even more special because they were invited to be special guests on the court, courtesy of SaulPaul and ReRoute Music Group. 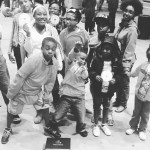 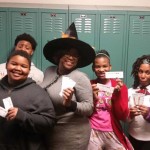 The pre-game shoot around is for select guests of the Atlanta Hawks so SaulPaul invited a few of his friends to join him on the court as part of SaulPaul night. Students from a local middle school in Atlanta were also awarded complimentary tickets after a special assembly at Atlanta Heights Charter School hosted by SaulPaul, Artportunity Knocks and Terrell Two-PT O. People were blessed, the next generation was impacted and everyone saw the Atlanta Hawks win!!!